I have been a part time web site designer since 2001, first using HTML editors and later editing code after taking a HTML class. Next I was intrigued by CSS and basically learned CSS code by experimenting with a project offered by the site CSS Zen Garden.

My experimental CSS Zen Garden page is here. I’ve continued to make sites using CSS layout and with some simpler sites with table layout though all have at least some CSS.

I’m posting about sites I have made, my comments and updates. The progression is interesting as the learning process goes on. Thanks for reading and comments are welcomed. 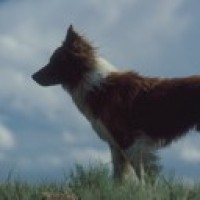